What makes a good villain? Many would say power, wit, and broodiness.

Add a tragic backstory, and you have a recipe for a swoon-worthy favorite. These are some of the reasons fans love Marvel‘s Loki, Sherlock Holmes’ Moriarty, or Star Trek‘s Kahn.

Chances are, though, that when you think of a good villain, you don’t think of Harry Potter.

At first glance, Harry meets a lot of the requirements.

His sass (as long as you’re paying attention to the books) is legendary.

His ability to cast a Patronus proves his power. Murdered parents and negligent relatives provide the tragic backstory.

Finally, the events of The Order of the Phoenix prove that he’s not above some heavy-duty brooding.

The only problem is that, no matter how you look at the original books, Harry is good.

Fanfiction can fix that.

If you’re intrigued by the idea of Harry Potter gone bad, read on.

In some of these stories, Harry is still trying to do the right thing but going about it differently.

In others, circumstances have twisted him into the picture of evil.

No matter what you’re looking for in a villain, you can find it below.

The Dursleys told Harry he was a thief, a liar, and a delinquent.

It’s only natural that he wanted to know what that meant.

Thus, Harry grows up well-read on all manner of crime.

When Harry arrives in the wizarding world, he is shocked to realize that no one rules the criminal world. There is a power vacuum left by Voldemort’s fall.

And, if no one else will take advantage of it, Harry may as well.

If you’ve ever wished Harry was a little more like James Moriarty, you’ll enjoy this one-shot.

Dying is generally thought to be harmful to one’s health. But how about dying and still living?

Harry Potter has died more times than is natural, and now he can’t die at all.

It turns out that being the Master of Death isn’t all it’s cracked up to be.

Explore the insanity of immortality in this revered Dark Harry one-shot.

Be warned, there is plenty of graphic violence.

Yet, Harry’s immortality-fueled insanity is what I found truly unnerving.

3. All I Have, All I Need by Sineluce_Velius_Tristitia

Death is the closest thing to family that Harry Potter has known.

After all, it has been with him since the beginning.

Harry is reborn into the Avengers universe, and life isn’t any easier than it was in Britain.

One thing stays the same, though: Death is still with him.

This fic is on hiatus but has twenty-one creative chapters to enjoy.

Other main characters include Thanos, Gamora, and Tony Stark.

4. The Answer is Silence by Lomonaaeren

The Dark Lord was only the first to realize that Harry Potter was terrifying.

The Dursleys, the residents of Hogwarts, and the Death Eaters will learn soon enough.

This version of Harry Potter is not afraid to get his hands bloody.

The story is written from the point of view of characters around Harry rather than Harry himself.

This emphasizes the horror elements of the fic instead of making Harry sympathetic.

The story is complete with seven chapters.

It shouldn’t be a surprise, but it contains warnings for graphic violence.

Harry’s brother, Skylar, gets everything he asks for as the Boy-Who-Lived.

He is always forgotten.

Abandoned by his parents and raised by abusive guardians, Harry becomes someone unrecognizable. Many call him a monster.

He only ever wanted someone to want him.

This titanic fic is one of the most iconic Dark Harry Potter stories around, for good reason.

Yet, it is the nuanced detailing of Harry’s psyche that makes this fic the most poignant I have ever read.

Be prepared for goosebumps, laughter, horror, and tears.

Antithesis is complete with eighty-one chapters.

If you make it to the end with your heart still intact, there are multiple spin-offs to explore.

Hermione wants to use knowledge to change the world.

Ron wants to make a name for himself apart from his family.

Harry believes that power will set him free.

There are plenty of stories where Harry is sorted into Slytherin.

But there aren’t many that feature the entire “Golden Trio” in silver and green, making this AU unique.

This fic is complete and also has a sequel in progress titled Liars.

7. Lord Mortis The Accident by BlueLaceAgate

It should be impossible to become a Dark Lord by accident.

But, Harry Potter specializes in the impossible.

Becoming the Lord of an ancient house of necromancers wasn’t Harry’s plan.

Thank Merlin, he has good friends and clueless enemies.

This fic is as humorous as it is spooky; and contains as much politics as it does horror.

It’s unfinished, but there are over 100k words of necromantic bumbling to enjoy.

8. Sewers of Your Mind by esama

The mind of Uchiha Sasuke is filled with mad science experiments, malice, and despair.

Harry has traveled to many strange minds since becoming the Master of Death, but this one may be challenging.

This one-shot is a crossover with Naruto, but you don’t have to be familiar with both to enjoy this horror story.

9. Frozen to the Bones by esama

Dumbledore realizes he never knew Harry Potter at all.

If he had, he would have been able to stop the rise of the third Dark Lord in his lifetime.

Lord Potter, the ruler of Britain, tells his story to Dumbledore in this 13k one-shot.

When Voldemort wins, Harry and Hermione aren’t willing to give up.

So, they travel back to the Dark Lord’s school days to stop him before he starts.

This time, they decide that ruthlessness and cunning will get them a lot farther than the power of love.

Obviously, this means they get themselves sorted into the badger’s house. Because who would ever suspect a Hufflepuff?

Enjoy this one-shot featuring Harry the genius and his now-actually-a-sister Hermione.

So, which flavor of “dark” will you try? True monster? Sympathetic and misled? Still a hero, but ruthless in achieving his goals?

No matter your preference, there’s a little something for everyone here.

Which Dark Harry Potter fics sound interesting to you?

Do you have your own favorites?

Let us know in the comments below!

And if you want to read more about Harry Potter fanfiction on this site, check out: 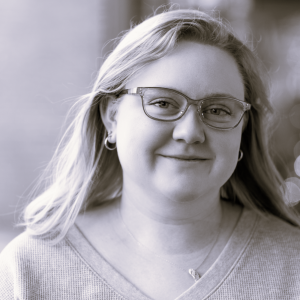