If you are looking for the best Yellowstone fanfiction, then this is the post for you.

Yellowstone is a neo-Western drama series that first aired in 2018 and is now on its fifth season.

The show follows the conflict along the shared borders of the Yellowstone ranch, the Broken Rock Native American reservation, and Yellowstone National Park.

So if you like drama and or western shows, then Yellowstone might be just the thing for you.

Along with the entire media franchise, there is also a whole world of Yellowstone fanfiction out there.

But in this post, I will write about some of the most popular Yellowstone fanfiction according to hits received on Archive of Our Own.

1. Dutton in All but Name

This fanfic shows an original character, Maddy Johnson, and diverges from canon with this new storyline.

Maddy Johnson is a combat veteran who returns to Yellowstone to recover from her injuries.

Her uncle is John Dutton, and she hopes he can help her with her injuries while she is also battling PTSD and depression.

Rip Wheeler is put in charge of assisting Maddy wherever she needs, but the two don’t get along very well.

But Maddy doesn’t have a choice in the matter and has to try and set her own feelings aside.

The story is 25 chapters long and discusses a few heavy subjects like PTSD, depression, and other angst.

In this story, there will be some spoilers for season 3, so make sure you don’t get spoiled if you haven’t seen this season yet.

The main focus of the story is on Beth and Rip and their relationship.

When Beth finds out she is pregnant, she starts to question everything, especially if she will be a good mother.

But Rip is there to support her all the way and comfort her where needed.

A very sweet and fluffy story about this beloved couple.

This is a collection of one-shot stories about Rip and Beth.

They focus on different parts of their lives and different seasons of the show.

The one-shots are not exactly chronological, making it a bit confusing to read sometimes.

But because they are all such short stories, it isn’t all too hard.

There are 12 chapters and, therefore, 12 short stories in total.

And they all really show the love the author has for this couple.

This is another story focusing on Beth Dutton and Rip Wheeler.

Their relationship is rocky, and they break up and get back together many times.

Now Beth is afraid she might have pushed Rip away for good.

So she has to consider what this might mean for her life and the future she imagined.

There are 23 chapters in this finished story.

It paints a good picture of the hardship relationships can give, not only for the two people in it but also for others around them.

5. Hell’s Coming With Me

In this story, the writer has created a new character, Lily Ann Dutton, the youngest child of John and Evelyn Dutton.

Lily Ann does not remember her mother, who passed away when she was very young.

The story takes place around two years before the original show starts, and Lily Ann is in college then.

When she is attacked at college, she moves back home together with her boyfriend, Ryan.

But now she needs to figure out what she wants from life, which isn’t always easy.

This is a very original take on the series as it has new characters and a different timeframe.

In this fanfic, we find six short chapters about Rip and Beth.

These one-shots show new perspectives and developments of Beth’s and Rip’s relationship.

The writer stays partially true to canon because they follow the episodes.

But the things Beth and Rip go through are all original and just canon-inspired.

This fanfic follows the two couples Rip and Beth and Kayce and Monica.

But it also shows what happens between two people who are just finding out their feelings for each other.

Passion can come and go, but hopefully, true love follows after.

8. The Sunday in Every Week

This story also shows the relationship between Rip and Beth.

There is some sexual content, and the story really places the focus on the smut and romance between the two.

Beth and Rip are enjoying some alone time in various places.

They share romantic and adult moments and discuss their feelings for each other.

There are only six chapters with 8455 words in total, so a very short story.

And you can read it as a bit of an in-between story from the show itself.

When Kayce has been called to a shooting on a farm nearby, Beth doesn’t hesitate to come along with her brother.

There, in an abandoned shed, she finds a small baby crying.

Beth knows what she has to do but is also aware of the consequences.

Still, she takes the baby home with her and does everything she can to convince Rip that they should take care of her.

But now the real question is, what happened to this little baby, and will someone show up to claim her?

This story is about Beth and Rip, but in a different setting than the previous stories.

In this story, it is seven years after Beth left the ranch, and the author has also added an original female character.

Even though Beth swore she would never return to Yellowstone ranch, she feels like she doesn’t have a choice.

But now she is back, and things are very different from the last time she was there.

The people have changed, but also the life on the ranch is very different.

And most important of all, Rip is a very different person now he seemed to have moved on from her.

The story is 23 chapters long and reads very easily.

The writer did a great job in setting the story a few years further on than the show.

I hope this article has helped you find some of the best Yellowstone fanfiction you may not have otherwise known about!

These 10 are just a small sample of all the amazing stories available based on this show!

So you may want to look at the other fanfics with this tag and find your own favorite among them.

Lastly, you may want to check out the following posts if you enjoyed this one:

Hi everyone. I am a 38-year-old book lover living in Rotterdam the Netherlands with my husband and daughter. My love for reading started at a very young age. I love reading (young adult) fantasy books and thrillers. I have a bookblog and I am very active on my Instagram account.
All My Posts

Hi everyone. I am a 38-year-old book lover living in Rotterdam the Netherlands with my husband and daughter. My love for reading started at a very young age. I love reading (young adult) fantasy books and thrillers. I have a bookblog and I am very active on my Instagram account.
All My Posts 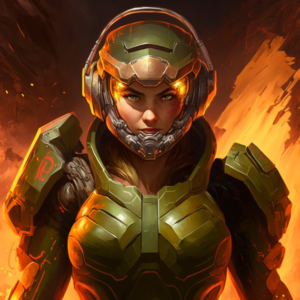