A Shadow in the Ember by Jennifer L. Armentrout FAQ [2022 Edition]

A Shadow in the Ember is the first novel in the Flesh and Fire series by Jennifer L. Armentrout.

As of right now, it is the only book in this series available to read.

In this article, you will find frequently asked questions about this novel and descriptions of characters in it. If you have any questions please don’t hesitate to leave a comment.

Here are some frequently asked questions about this book!

What is this book about?

A Shadow in the Ember is about Seraphena Mierel and her life as a maiden.

Chosen before birth to uphold a deal made by her ancestor, her mission is to be the Primal of Death’s consort, in return for her land to be saved from The Rot.

However, her secret is this:

Although she was chosen to be a maiden, she was trained and raised to be an assassin. Her mission was to make the Primal of Death fall in love with her and then kill him. She thinks of herself as a monster. Yet, the Primal of Death’s words and actions make Seraphena see herself differently.

The book is highly relationship-focused, especially between Seraphena and Nyktos. It also has extreme world-building, so there is a lot to take in.

Is A Shadow in the Ember a prequel?

A Shadow in the Ember is the start of a prequel series to From Blood and Ash.

Is A Shadow in the Ember a standalone, duology, or series?

The Flesh and Fire novels will be a series. This is the first novel in the series. The next one, currently unnamed, will be released in Fall 2022.

Is a Shadow in the Ember related to From Blood and Ash?

Yes, it is related.

It is set years before the events in From Blood and Ash making it the prequel to that series.

Should I read a Shadow in the Ember before or after reading the Blood and Ash novels?

It is all personal preference. However, I read the From Blood and Ash series first, and it definitely helped me understand the events that happened in this book way more. If you want to start from the origin of this world, I would read A Shadow in the Ember first.

How does A Shadow in the Ember end?

After the events that take place in the last half of the novel, Bele is badly injured. Seraphena uses her powers to heal Bele, but as it turns out, she actually ascended her.

In the second to last chapter of this book [Chapter 44], Seraphena asked Ector and Saion if they were scared of her because of her powers. They are more unsettled and disturbed. They are trying to figure out what Bele has transitioned into as they all felt new powerful energy coming from Bele.

The chapter continues with Nyktos cleaning up Seraphena and the two discussing what happened.

Nyktos and Seraphena share a passionate kiss, but Nyktos claims it changes nothing between them.

In the last chapter [Chapter 45], Seraphena is reunited with Sir Holland. We find out that he is actually a Spirit of Fate, and that he was watching over Seraphena her whole life. We come to find out that Seraphena has the essence of Nyktos’ and his father’s, Eythos’ power.

The chapter ends with the characters and the reader finding out that Seraphena is the Primal of Life.

The above image is a map of the world in A shadow in the Ember.

What is the prophecy in A Shadow in the Ember?

The prophecy is this:

“From the desperation of golden crowns and born of mortal flesh, a great primal power rises as the heir to the lands and seas, to the skies and all the realms. A shadow in the ember, a light in the flame, to become a fire in the flesh. When the stars fall from the night, the great mountains crumble into the seas, and old bones raise their swords beside the gods, the false one will be stripped from glory until two born of the same misdeeds, born of the same great and Primal power in the mortal realm. A first daughter, with blood full of fire, fated for the once-promised King. And the second daughter, with blood full of ash and ice, the other half of the future King. Together, they will remake the realms as they usher in the end.

And so it will begin with the last Chosen blood spilled, the great conspirator birthed from the flesh and fire of the Primals will awaken as the Harbinger and the Bringer of Death and Destruction to the lands gifted by the gods. Beware, for the end will come from the west to destroy the east and lay waste to all which lies between.” [page 625, chapter 45, A Shadow in the Ember, Jennifer L. Armentrout]

Is this novel spicy?

Yes, this novel is spicy. It has very detailed intimate scenes throughout the book. It has romance, angst, sexual tension, and smut.

Because of this, I’d rate it at least 16+. This is an adult fantasy.

Here are descriptions of some of the characters within the novel.

Seraphena is the chosen maiden, raised to be an assassin her whole life with the goal of ending the Primal of Death.

She is youthful, outspoken, passionate, and impulsive.

Seraphena has silverly-blonde hair and has 36 freckles on her face.

She also has the power to heal others and to take their pain from them. We later realize that this is because she contains the ember of life within her. She also has the ability of resurrection.

Ash is Nyktos, as stated above. For the first part of the novel, we only know Ash.

He is the current Primal of Death, and King of the gods.

Nyktos is trusting, thoughtful, and honorable.

His powers consist of empathy, where he can reach out and feel the emotions of others. He can also shift into a white wolf.

He is tall and muscular, has red-brown hair and eyes that glow silver with ether.

She is Seraphena’s mother. Calliphe is cold, heartless, and has no sense of love for her daughter. She sees Seraphena as a tool for murder. This is why she has raised her to be an assassin.

After the Primal of Death didn’t come for Sera to take her as his consort, she disregarded Seraphena and used her solely to murder.

Sir Holland is the person who has been closest to Seraphena her whole life. He trained her to kill and to defend herself. He is her closest confidant.

We find in the last chapters of the novel, that Sir Holland is actually not human. As it turns out, he is a Spirit of Fate. He is like a god who never ages.

Sir Holland is from the same world as Nyktos. He learned of the deal made between Sera’s ancestor and the Primal of Death while watching over Sera and training her.

Nektas is a Drakan, and Drakans are a species of shapeshifters. They kind of look like dragons. Their job is to protect Illesium.

Tavius is Seraphena’s step-brother and son to King Ernald. He is cruel and loves to punish Seraphena. In addition, he believes that because of Seraphena’s heritage, she will try to take the crown from him. We find out that this is the reason for his hateful behavior towards her.

In the middle of the novel, Tavius takes Seraphena, forces her onto her knees, and whips her. He intends to kill her at this point. Tavius longs for Seraphena to respect him as the future King, but she will not. He tricks her into saying a treasonous statement and uses that as the reason for attempting to murder her.

Ezmeria or Ezra is Seraphena’s step-sister and daughter to King Ernald. She is kind and compassionate. She treats Seraphena like a true sister, unlike her brother Tavius.

Eythos is Nykto’s father and was the true Primal of Life. That is until his brother, Kolis took the ember of Life from him and made him the Primal of Death.

He made the deal between King Roderick to take the firstborn daughter of the Mierel line as a consort in exchange for the survival of the land.

Eythos passed away at some point. But before he did, he gave an ember of life to Sera resulting in her ability to heal others.

Kolis is Eythos’ brother and the true Primal of Death. He is the reason that the Rot exists. This is because he took the Ember of Life from Eythos when he was not capable of being the Primal of Life.

He took the Ember of Life from Eythos because the woman he loved passed away and he wanted to bring her back to life. However, this failed because he did not truly possess the power to do so. Eythos took the soul of the woman so she would be reincarnated over and over again so Kolis could never attempt that again.

It turns out that, not only does Sera possess the Ember of Life, but she is also the soul Kolis is looking for.

He is one of the bigger villians in this novel.

Ector, Saion, Rhain, Theon, Lailah, Bele and many others.

There are many other characters that live in Illesium and serve Nytkos. All of these characters are gods. Some are servants, others are guards or knights.

They all serve the purpose to protect and serve the Primal of Death’s court. All of them respect Nyktos very much and would do anything for him.

Liessa is a nickname that Nyktos calls Sera quite frequently throughout the novel. It means something “beautiful and powerful”. It also means “my queen”. It’s one of the many things that draw Sera to Nyktos and makes her feel like she is more than what she was raised to be.

I hope this article has answered some of your questions about this book!

If you have questions I didn’t answer, feel free to leave a message in the comments below! 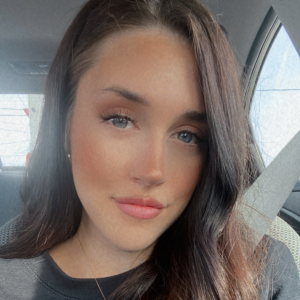 I am an avid fantasy lover. My favorite fantasy series is the "A Court of Thorns and Roses" series. My favorite trope is, by far, enemies to lovers. I run a bookstagram where I post aesthetically pleasing book photos. I also make reels that I pretty much post daily. I have started writing two novels, although, they are not fantasy based. I would love to write a fantasy novel someday.
All My Posts

I am an avid fantasy lover. My favorite fantasy series is the "A Court of Thorns and Roses" series. My favorite trope is, by far, enemies to lovers. I run a bookstagram where I post aesthetically pleasing book photos. I also make reels that I pretty much post daily. I have started writing two novels, although, they are not fantasy based. I would love to write a fantasy novel someday.
All My Posts

If you are looking for the best Ratchet and Clank fanfiction stories, then this is the post for you. Ratchet & Clank is a series

If you are looking for the best Legacies fanfiction, then this is the post for you. Legacies is an American fantasy drama TV show, that