A Reaper at the Gates FAQ & Character Overview

A Reaper at the Gates is the third book of the Ember Quartet of Sabaa Tahir. It was published on the 12th of June, 2018 by an imprint of Penguin Random House called Razorbill.

The order of the Ember series is as follows:

What is this book about?

A Reaper at the Gates is the book following A Torch against the Night and the third book in the Ember in the Ashes series.

It picks up right where A Torch left us. Laia of Serra is searching for the Nightbringer because she knows stopping him is the only way to stop the war and – worse – the end of the world.

Helene Aquilla, the Blood Shrike, must protect her sister Livia and the life of her son and heir to the throne but has a difficult time in doing so. Threats and danger lurk around everywhere.

Emperor Marcus Ferrar grows more violent and reckless, and Keris Veturia has set her sights on the throne.

Meanwhile, Elias Veturius has given up his mortal life to serve as the Soul Catcher but has not yet realized what giving up mortality and his old life truly means.

Laia of Serra is the main character of the Ember in the Ashes series. She is a Scholar.

In A Torch against the Night, she succeeded in freeing her brother Darin from Kauf Prison. Now, the world wants him to forge Serric Steel, but he determinedly refuses to do so for unknown reasons. Even Laia isn’t able to get these reasons out of him. In A Reaper at the Gates, Laia has made it her mission to find the Nightbringer and defeat him.

Darin of Serra is Laia’s brother. During An Ember in the Ashes and A Torch Against the Night, he was imprisoned in Kauf Prison. But at the end of the second book, he was freed by Laia and Elias.

He is the only one with the knowledge of how to make Martial blades and the only hope for the Scholars to forge great weapons for them with which they could win the war. So now, he must make Serric Steel. But he refuses to do so for reasons he will not (yet) tell.

Elias Veturius is the son of Keris Veturia and the love interest of Laia of Serra. But above all, he has become the Soul Catcher in A Reaper at the Gates, meaning he is responsible for the safe passing of ghosts to the Afterlife.

That said, he is struggling with his task. Mainly because of the war, the Forest of Dusk grows fuller with new ghosts day by day. And Elias must completely let go of his human life in order to succeed as a Soul Catcher. Otherwise, ghosts will break through the border of the Forest of Dusk and hunt the human world.

The Soul Catcher is responsible for the safe passage of ghosts to the Afterlife. In A Torch Against the Night, it was Shaeva, but now Elias Veturius is given this responsibility.

Helene Aquilla is the Blood Shrike of the Empire.

In A Reaper at the Gates, the rivalry between Helene and Keris Veturia grows bigger by day. Keris actively tries to thwart and even eliminate Helene while Helene tries to uncover Keris’ plans and expose her lies. But Keris is not an easy opponent, as Helene already knows.

Besides all that, the matter of the Karkaun and Grimarr grows more dangerous. It’s beginning to seem like they are going to attack Antium, and soon.

Meanwhile, her feelings for Avitas are demanding more space, time, and energy from her. Helene tries to push them away because she has other important things on her mind and great responsibilities on her shoulders. She cannot afford any kind of distraction.

Marcus Farrar is the Emperor of the Empire.

He is sadistic, cruel, and abusive. He’s developed an obsession with being respected, which only increases after being crowned Emperor.

After the death of his brother Zacharias (Zak), he’s plagued by his ghost and sees him everywhere. The people around him are beginning to think that he is mad, and he himself believes that too which frustrates him.

Keris Veturia is the Commandant of the Martial army with the goal to make herself Empress. She is also Elias Veturius’ mother.

Keris tries to eliminate Helene by blaming her for situations in the hope that the people will turn against her. But Helene exposes the truth. And thus this is only the beginning of their rivalry and the games they play to eliminate each other.

Keris has teamed up with the Karkauns, and she’s planning on conquering Antium to gain more power and crown herself Empress.

Musa Adisa is the leader of the Scholar Resistance and is also known as the Beekeeper. He was the former Prince Consort of princess Nikla of Marinn.

Musa helps Laia and Darin escape the prison of Marinn. He wants Darin to forge Serric Steel, and he wants Laia to bring the northern Scholar’s Resistance back to life.

The Nightbringer is King of the Jinn and formerly called Meherya.

Before the imprisonment of the Jinn, their home (Sher Jinnaat) was in the Forest of Dusk and he ruled. But the Scholars created the Star, a weapon that imprisoned the Jinn into the trees of the Forest of Dusk. In A Reaper at the Gates, we begin to learn more about his history and motives.

The Nightbringer wants to free his kind and take revenge on the Scholars. He’ll do so by collecting the shattered pieces of the Star and reconstructing the weapon to free the Jinn.

What genre is this novel?

A Reaper at the Gates is a Young Adult fantasy novel.

What comes after A Reaper at the Gates?

After A Reaper at the Gates, there is one book left in the Ember series. The final book is A Sky Beyond the Storm.

How many pages is this book?

A Reaper at Gates, Razorbill edition, is 480 pages.

What is the last piece of the star?

Helene has the last piece of the Star. When Laia discovers this, she tries to get it into her hands because, if the Nightbringer does so before her, he will be able to reconstruct the Star and free the Jinn.

What happens to Elias in this book?

Elias Veturius becomes the Soul Catcher in A Reaper at the Gates after being trained and prepared by Shaeva. This means he is responsible for the ghosts to safely pass to the Afterlife. But to succeed and gain full access to Mauth’s magic, he must let go off of his human emotions and thoughts. He must leave his mortality behind to fully become the Soul Catcher.

Do Elias and Laia end up together in A Reaper at the Gates?

Elias and Laia do not end up together in A Reaper at the Gates. Elias is busy becoming the Soul Catcher, and if he does, this means he’ll forget his mortal life and his feelings for Laia. In the meantime, Laia is busy with stopping the Nightbringer. In A Reaper at the Gates, the two don’t see each other often.

Does Elias end up with Helene?

In this book, Elias does not end up with Helene. Helene refuses to acknowledge her feelings for Avitas Harper. Elias is busy fulfilling his task as Soul Catcher, struggling to leave his mortal life and feelings for Laia behind and fully surrender to Mauth’s magic.

Is Elias the Soul Catcher?

Yes. In A Reaper at the Gates, Elias becomes the Soul Catcher.

Does Laia end up with Keenan?

No, Laia does not end up with Keenan. At the end of A Torch Against the Night, Keenan revealed himself to be the Nightbringer. So Keenan as a character “died”, meaning he is not in the books anymore because he is the Nightbringer.

Do Elias and Laia kiss?

In A Reaper at the Gates, Elias and Laia do not kiss. However, Elias once dreamt about visiting Laia. In that dream, he did kiss her, but that was not reality.

Who is Musa Adisa?

Musa Adisa is the leader of the Scholar Resistance and is also known as the Beekeeper. See: Character Overview; Musa Adisa.

Who dies in this book?

How does this novel end?

At the end of A Reaper at the Gates, The Karkauns take over Antium. Helene and a few of her men defend the people and the citizens of Antium who are trying to escape through tunnels that lead to the outside of the city.

In the end, Helene is the only soldier left, and she calls the Nightbringer for help. He says that he will only help her if she gives him her mask. Through all the chaos and panic, she agrees and rips her mask from her face. The Nightbringer takes it and leaves, without stopping the Karkauns. Helene’s mask is the last piece of the Star, meaning the Nightbringer can now free the Jinn.

The Nightbringer takes the Star to the Jinn grove in the Forest of Dusk and activates it, freeing his kind and releasing the Jinn into the world.

Thank you so much for reading this article! I hope it has answered your questions about this book. If not, don’t hesitate to leave a comment with your question below! I will read and respond to them as soon as I can. Happy reading!

10 Popular The Bad Guys Fanfiction Stories to Read in 2022 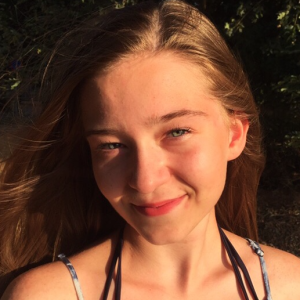 If you are looking for some of the best Doom crossover fanfiction, you are in the right place!  Doom is a first-person shooter game that

If you are looking for the best Moon Knight fanfiction, you are in the right place.  Moon Knight is a series on Disney+ that follows

If you are looking for some popular Turning Red fanfiction, then this is the post for you. Turning Red is an animated fantasy-comedy that came