The Starless Sea by Erin Morgenstern: FAQ and Character Overview

The Starless Sea is a fantasy mystery written by a New York Times bestseller author, Erin Morgenstern. It was published in 2019.

Read on, to find answers to some frequently asked questions about this book as well as information about some of the characters!

What is The Starless Sea about?

Well, this book contains such a complex story that it is hard to sum up the plot to get someone interested, but I will give it my best.

The Starless Sea is about a sort of safe place that exists out of time. It is partly a harbor, partly a library, and partly a sanctuary. As a result, this place is home to all sorts of bizarre stories that begin to unravel throughout the book. This place resides in the Starless Sea, which is quite literally what it sounds like.

This book is also about Zachary Ezra Rawlins, someone who one day picks up a book in a library and finds himself in the story.

Is this book YA?

No, the Starless Sea is not a young-adult novel. Moreover, Erin Morgenstern herself has said that she is not a ya-author and all of her work is adult fiction.

However, the Starless Sea does not feature any graphic violence or otherwise too mature scenes, so it might be a fit for younger audiences whose tastes are starting to mature a bit.

On the other hand, the writing is really whimsical and symbolistic, so it might be difficult to read for teenagers and younger.

Is The Starless Sea a series or a stand-alone?

This novel is a stand-alone and therefore, Erin Morgenstern doesn’t have any plans to make it a series or do a spin-off.

The Starless Sea is its very own story and wraps up so nicely, I don’t think you would even wish for a sequel.

Does this novel contain romance?

Yes, the Starless Sea is a romance! There are actually a few couples to root for.

Are there LGBTQ+ characters or relationships in The Starless Sea?

Yes, there are. The main character is gay and so the main romance is an mlm one.

Is this book good?

In my opinion, it’s a gorgeous, playful, stunning piece of literature!

There are quite a lot of mixed reviews to be found on the internet. Again, the writing is really rich and metaphorical, so if you aren’t a fan of that kind of writing style, maybe you should skip this one.

There aren’t clear answers as to what is happening at times and things don’t really make proper sense even at the end. If this doesn’t sound appealing to you, then I would say that this book probably isn’t your cup of tea. However, if this all sounds engaging to you, then I really need you to read it!

The Starless Sea has been nominated for literary awards like Goodreads Choice Award and Locus Award. It has a rating of 3.85 on Goodreads.

I would still recommend that you try out this story if you are a fan of adult fantasy and share your thoughts by leaving a comment!

The Starless Sea and the Night Circus

The Night Circus is another adult fantasy novel by Erin Morgenstern.

They both feature her magical writing and will immerse you into their stories completely. There are of course differences between the two books as they are completely different stories.

I would say that The Starless Sea is a more complex story with more action going on.

If you enjoyed one of these books, definitely give the other one a go!

Also, go check out my article on the Night Circus as well.

There are quite a few characters in the Starless Sea, some of which are very mysterious and don’t give a lot of information about themselves. However, I’m hoping I can give you a glimpse of some of these characters in the following descriptions. This section is spoiler-free, but if you don’t want to find out anything about the characters before reading, skip this section.

Zachary Ezra Rawlins is often referred to as “the fortune teller’s son.”

He is a gay graduate student who majors in video games.

Zachary is curious and sort of bored with life, looking for something more. He seems to long for adventure and gets his wish when he ends up in The Starless Sea.

His character is also introverted and shy. His exterior matches his personality since he usually wears big sweaters and bulky glasses. Zachary is careful, polite, and somewhat of a dreamer.

He is a wonderful protagonist to read about and will probably resonate with a lot of readers.

Zachary meets Dorian at a strange party one evening.

Dorian is ruggedly handsome and charming. Zachary is quickly drawn to him.

Dorian is great at telling stories and has a way of bringing them to life with his words.

As a bonus, he smells really good (at least according to Zachary).

Kat is a fellow student and friend of Zachary’s. She is a bright personality who wears mismatched clothes and has short hair.

She’s very outgoing and definitely a people person. She complements Zachary’s introvert side very well with her extroversion.

Mirabel is a sarcastic, witty woman who teaches Zachary about The Starless Sea.

He meets Mirabel at the same party where he met Dorian.

Mirabel wears casual but trendy clothes. She has a lot of piercings and short, pink hair.

The Keeper is essentially responsible for the sanctuary. He has always been there and always will. He is quiet and serious as well as secretive.

Rhyme is an acolyte who lives in the harbor. She is mute because to become an acolyte, one’s tongue has to be cut.

There is a story in The Starless Sea that tells how Time and Fate fell in love. This of course disrupts the flow of time and leads to disasters. This story is tragic but also very beautiful, in a haunted way.

Another story featured in the Starless Sea is about Simon and Eleanor. It tells their story about how they fell in love but existed in different times.

How does The Starless Sea end?

Also, the Starless Sea’s water levels are rising. And Eleanor and Dorian are together on the ship along with Zachary’s body. Dorian agrees when Eleanor asks him if Zachary is his person.

Dorian presents Sweet Sorrows to her and together they agree to share the ownership of the book. Then Eleanor leaves Dorian alone.

Dorian hears a heartbeat and realizes where it’s coming from. He fishes out the box from his pack containing a heart kept by Fate. He opens the box and the heart beats faster.

The story cuts to Kat finding a door and deciding to go find out what is on the other side.

Zachary awakens with his new heart beating in his chest. Dorian and Zachary kiss upon The Starless Sea. Their story is only just beginning.

We cut to Mirabel and the Keeper meeting by Kat’s abandoned blue car. The Keeper tells Mirabel that Kat’s already decided to go through.

Mirabel says that Zachary is doing better now and says that he didn’t think Mirabel would let him have a happy ending. The Keeper suggests that maybe Zachary thought he didn’t deserve one.

The Keeper pulls Mirabel in to kiss her. A door opens into a new Harbor upon the Starless Sea and the stars are watching in delight.

I hope this article has answered some of the questions you may have had about this book!

And if you have questions I didn’t answer, feel free to leave a message in the comments below! 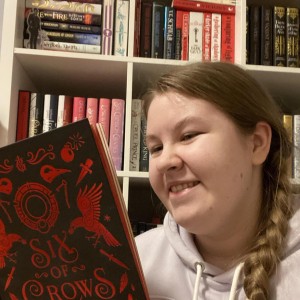